By Rev. Luke Deman - July 29, 2020
Chapter 4 begins by taking a look at how the early church bore the message of Christ into the wider world. The Jewish faith gave two main paradigms that the early church could pull from. One paradigm was that of exile. In this paradigm, Israel had abandoned its call to love their God with all their heart, mind, body, and strength. They had also neglected to love their neighbor as themselves. Through the prophets, the people had been called to repentance but had declined to turn from their ways. The exile was caused by their unwillingness to repent. It was punishment for failing to keep the covenant.
But there was another paradigm available to the early church - one of deliverance. The Exodus had been the foundational event in Jewish history. God had heard the cry of his people and delivered them from slavery. Wright points out that "when Israel was enslaved in Egypt nobody ever said it was a result of their sin." Jesus himself seems to point the church to this paradigm by rooting his holy meal in the Passover. This is a new Passover - a new deliverance - and a new call to covenant with God.
If that paradigm is adopted, it makes little sense to see the things happening in the world as some divine judgement against the world. Famines, earthquakes, tsunamis, epidemics aren't seen as a call to repentance because the ministry of Christ is where that call has already been rooted. The call to repentance is always paired with Christ's mercy and sacrifice. It's impossible to talk of one without the other. So when famines arise like in Acts 11, the church's job isn't to call people to repentance. It's to ask three questions: "Who is going to be at special risk when this happens? What can we do to help? And who shall we send?"
Wright says that "God's kingdom, inaugurated through Jesus, is all about restoring creation the way it was meant to be. God always wanted to work in his world through loyal human beings." As we deal with Covid-19 in our community and the world, the questions remain the same. If we are to be the hands and feet of Christ, what are we being called to do in this time of great need? We are animated by the same spirit and compassion that Jesus was when his heart was moved to compassion by the crowds.
Paul draws us towards this view in Romans. In Romans 8, Paul says, "The Spirit himself bears witness with our spirit that we are children of God, and if children, then heirs—heirs of God and fellow heirs with Christ, provided we suffer with him in order that we may also be glorified with him." The passage presupposes suffering of Christians as a part of their life in Christ. The suffering that is experienced in the world, both in and out of the church, is a burden that we bear with Christ himself. It's a universal part of our life together.
So when it comes to taking a pandemic and ascribing theological purposes in it, Wright wants to be clear. "God can do whatever he wants, and if chooses on special occasions to do, or permit, certain things for certain purposes, that is entirely his business, not ours. Just because the possibility always remains open, we shouldn't use it as an excuse to escape from the challenge -- personal and theological -- of this passage at the heart of [Acts 8]: Creation itself is on tiptoe with expectation, eagerly awaiting the moment when God's children will be revealed. Creation, you see, was subjected to pointless futility, not of its own volition, but because of the ones who placed it in this subjugation, in the hope that creation itself would be freed from its slavery to decay, to enjoy the freedom that comes when God's children are glorified."
So where does that leave you and I? As we suffer and groan with creation, we are to have a posture of prayer. As the body of Christ, we are to be in conversation with God, allowing the Spirit to intercede with groans when we don't have the words. And we are to answer the same three questions the church asked itself in Acts: "Who is going to be at special risk when this happens? What can we do to help? And who shall we send?" 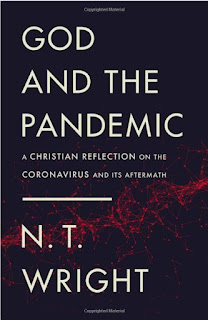 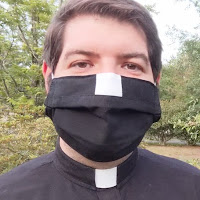 By Rev. Luke Deman - July 06, 2020
I grew up reading a lot of apocalyptic science fiction, so I feel like I’ve always been primed to think the worst is coming. The meteor is on its way, the containment protocols have failed in the lab, and the bombs are already falling! And the media stands ready to stoke these types of fears. We’re constantly being told to be afraid. Of the avian flu, the swine flu, SARS, the West Nile virus, Ebola, and a countless number of other things are precariously poised to end the world. I even remember talking to Jen about putting off having more children until the Zika virus was under control. I think for many of us, the most surprising part of the last four months has been that for once many of the predictions have come true. N.T. Wright opens his book by exploring the exact phenomenon. So why is this happening, and more importantly, why is it happening now? Of course, as Wright points out, “In the old pagan world of Greece and Rome, the assumption [when disaster struck] was that you hadn’
Read more